My compositions are rarely complicated. I paint traditional subjects in non traditional ways. My forms are simplified, lines hazy and colors run into each other. I try and integrate these components into a cohesive painting. 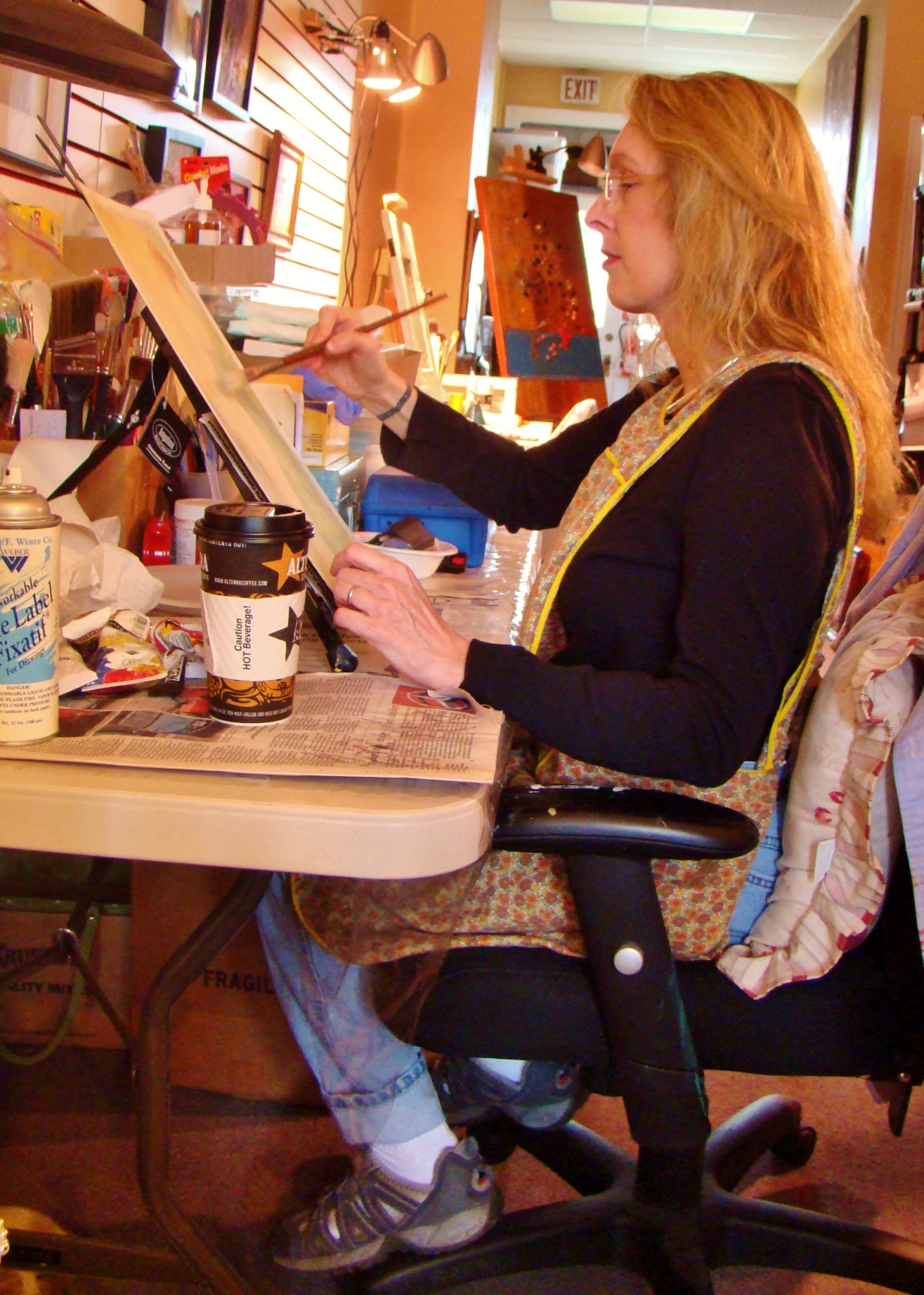